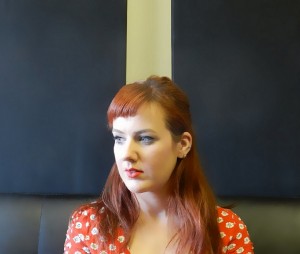 Singing covers by musicians ranging from All Time Low to Katy Perry with a certain brand of panache, budding singer Rebecca-Maree of Melbourne is here with us today to discuss her influences and future plans with her music. Her soaring vocal melodies have won her several fans from her semi-regular performances in and around Melbourne at venues such as The Northcote Hotel, so be sure to check her out if you’re a regular punter in Melbourne’s indie scene! Her first single ‘Hearts’ was released very recently on the 19th of February and the mellifluous acoustic instrumentation juxtaposed with her lush vocal textures are sure to win her plenty of new fans.

Howdy Rebecca! First things first, I’m curious as to how you got your start in the music business and who you’d class as inspirations in your life?

I started when I was a little girl funny enough because of Britney Spears I saw her “Baby one more time video” and I remember saying to my mum “mum I want to be like her one day” then I just thought about it as a potential career about 2 years ago.

I get inspired by pretty much everything so it is not one exact thing but I guess the the inspirations and artists that I look up to musically and lyrically are Katy Perry, Ed Sheeran, No Doubt , Blink 182 and Paramore.

I noticed on your Facebook page that you’re a fan of the Jeffree Star lipstick range. He has a very interesting sort of Boy George eccentricity to him. Do you feel you might emulate his persona or come up with something similar a little further down the track in your career?

I wish! But I feel I could definitely not pull off what Jeffree Star does. His outfits/makeup let’s say would never suit me. I think I’ll just stick to wearing his lipstick range. But in saying that one of my goals in life is to have my own lip stick range so you never know! I just admirer his confidence and how true to himself he is.

Having people to look up to helps mould and shape musicians into their own individual brand of artistry I’m sure you’d agree.  What are your top five albums? (Assuming you can narrow it down that far!)

Wow that is a pretty hard question as I do have a lot of favourite albums!

Well my top 5 would definitely be The Offspring they are amazing, I really enjoyed Katy Perry’s album One Of The Boys and the title track was very quirky and I loved that, Blink 182’s Take Off Your Pants and Jacket, UK singer Jake Buggs’s second album Shangri-La and Homesick by A Day To Remember.

I’ve had a look at your Youtube channel and you have a few covers on there. Do you think as you continue on with your career, you’ll keep them as a part of your live set, or ditch them in favour of your own original songs?

I will obviously focus mainly on my original songs but I love doing covers also because I love to switch my set around a lot and I love re arranging well known songs and making them sound different and my own. So I definitely will keep up the covers! I think it is good experimenting with your music and other music. People will get bored just continue to listen to my songs… Haha. 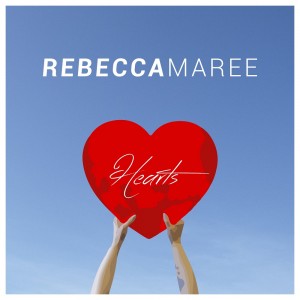 Do you have any hopes and ambitions of recording an EP or even a full length studio album sometime in the near future as an indie artist, or even with a label if you’re lucky enough to get yourself signed?

Yes definitely the aim is to get signed that is the ultimate goal! But until then I will release my first single which I am very excited about which will be out soon then another single will be out and depending how those singles go  then  will consider doing an EP. No point doing an EP if no one will buy it.

Being a Melbourne local, I guess it would be kind of hard to go on tour with the associated costs that come with moving gear around and van hire and that kind of thing. Could you see yourself going on tour and playing Sydney any time soon?

Hell yeah I would love to , I will play pretty much anywhere that will let me and travel anywhere so if I can get to Sydney and have an opportunity to play their bring on the moving gear around and van hiring and start budgeting to do so. Fortunately the gigs I play at the moment don’t involve that much moving.

I noticed that the members of your backing band tend to change song to song. Are any of those guys permanent in your whole enterprise, or do you just get them in for certain songs that require their instrumental expertise?

Yes those guys where just there to help me out with a few gigs then I had lined up so not so permanent one of them were my cousin so that was easier and the rest were friends that were happy to play for me but at the moment it is just me and my new guitarist playing my songs. When I will start to play bigger venues that’s when I will hire a band but until then the acoustic thing works fine. It is pretty hard to find an ongoing guitarist to be as passionate with my music that I am but I have a good feeling about my new guitarist now which is good.

Does the ailing festival scene in Australia concern you? In the past few months we’ve seen the death of the two flagships of the Australian scene in Soundwave and Big Day Out. Do you feel this is hindering the growth of local musicians?

No not at all those are really big festivals do not get me wrong (which is a dream to play at) but there are a lot of other festivals out there for local musicians and for bigger musicians also so I am not worried at all. But seriously with Soundwave and Big Day Out becoming defunct the powers that be need to hurry up and make another festival just sayin’.

How did you develop yourself as a singer? Did you do the clichéd singing to the mirror trick much when you were younger to try and find your voice through a sort of trial and error technique or did it just come naturally?

I still do the clichéd singing to the mirror thang but hey who’s judging? Yeah it sort of just came naturally for me really. I have also been a writer, especially writing poems expressing my feelings through that and in time my sound just happened, I never said to myself “Hey Rebecca-Maree you need to be this person and sound like that person”. I want to be the first Rebecca-Maree as lame as that sounds. I love pop-rock music so my music influences could definitely play a big part of developing my sound.

And finally, does beetroot belong on a burger?

No definitely not, beetroot belongs in the bin.

And there we have the lovely Rebecca-Maree! As she mentioned during the interview, she will be releasing a single in the not too distant future, so be sure to check her out!