If you decide to submit your review or interviews for publication on Art Rockin’ Magazine please contact us. 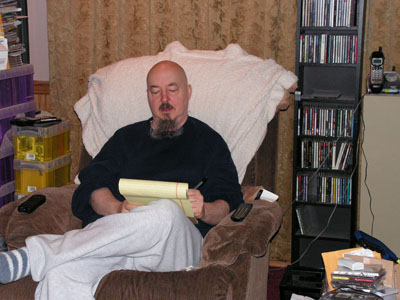 I have had a close bond to music since I could speak. I began my journey with piano lessons at age 8 and then got a snare drum at age 9. My parents bought a small American Native Indian drum at a reservation when I was 5. I remember playing it all the time. I was lucky to be exposed to so many styles of music growing up. My parents owned a varied collection of vinyl including classical, big band, and adult contemporary. My sister ( 4 years older than I )  had lots of albums ranging from Joni Mitchell, The Beatles, The Association, The Monkeys, America, C,S,N & Y, Steely Dan, and Motown label recordings.  Now where did I get introduced to this great genre of progressive music? 1971 was the year, when another kid in the neighborhood came over (he was always selling his records to me for $1 or $2), and brought over ELP – “Tarkus” one day along with Black Sabbath, Cactus, and Bloodrock. He always let me listen to the records to decide if I wanted to buy them and when we put on ELP, everyone was laughing and making fun of it. I pretended to make fun of it too, but I knew right then and there, I WANTED THAT ALBUM!! It was fantastic. It had this perfect combination of humor (‘Are You Ready Eddy’), complexity, heavy duty drums ( remember, I was now dedicated to the drum set) and this huge mix of keyboard sound my ears had never heard. It just simply changed my life. Yep, that was the record that did it. So the kid left the album over at my house for free, because he was too embarrassed to take it back with him. I was taking a chance by not buying it. But *takes a bow* I got it for free *s*

Once I had this album I got smart and joined Record Club of America. It actually used to be a great thing. This was the early 70’s folks so selection was excellent for progressive rock at that time. My sister was dating a bass player in a local band who was heavy into many styles of music so he suggested I’d like Yes, King Crimson and The Moody Blues. My always interesting journey kept going and I can remember first hearing Genesis “Trespass” at a department store and just falling goo goo gah gah over that. The rest reads like a musical family tree of who is who in progressive rock history. Gentle Giant was another absolute ‘blow my mind’ band. I got “Free Hand” and yet another life changing record.

I had little fear of carefully reading the details of an interesting looking album back in the 70’s and buying it simply out of curiosity. That got me gems like Mandalaband, Gong (“You”), Ethos, Supertramp ( “Crime Of the Century” ), Finch (“Glory of the Inner Force”), Shadowfax ( self titled), Tangerine Dream, Nectar, Ambrosia, Camel, PFM, Greenslade, Kayak, Transit Express, Supersister, and Henry Cow. By that time, I was into the treasure chest big time. The treasure chest has never closed. 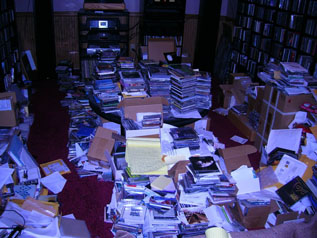 Of course, I grew up on the whole rock scene along with the progressive rock scene. I bought everything I felt like buying. I saved my lunch money from school each week just to buy a new record. Yep, I was that skinny little guy, with a great record collection. Now I have a tremendous music collection too big to even comprehend (over 16,000 CD’s plus vinyl in forms of LP, EP, and 45 singles). It is nice to have such a library of music to have my way with at any time I want. I’ve always seen it as my library of audio books.

So that is an express history of my music life. I have recorded with several bands and I played drums (parents gave me my first set of drums in 1969) on my first album in 1977 with a band called Ark –“Voyages”. I then recorded with Condor –“The Reality Principle” in 1990. I gigged with a few other bands but the bulk of what I always enjoyed the most has been recording with progressive bands and all original music. I’ve continued to collect music in a rabid way. I taught drums for many years along with working on side projects as well as my own solo material. I play keyboards, drumkit, all sorts of tuned percussion, and some guitar, bass, and allsorts. Now my influences are just so wide that I could never pinpoint them. I do have to give thanks to the fact that on that summer day in 1971, I was introduced to the world of progressive rock. I’d be as boring as a clump of dried mud if I hadn’t found this stunning musical genre.

Now I listen to music far beyond the progressive rock world and pretty much everything that is interesting and creative. Although I could never list all of my favorite bands, the styles go all over the map ( avant garde, folk from many countries,  and I am especially fond of odd and unique music ). Happy listening and I hope your musical journey is as fantastic as mine. 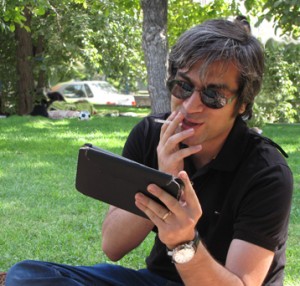