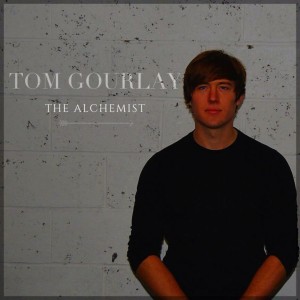 Listen to Tom Gourlay’s voice and you hear perhaps one of the best new voices in music. Tom Gourlay can sign an acoustic song like Platform. Tom Gourlay released a 7 song E.P. where all seven songs standout strongly. He is a great talent who lucky for the fans there is a lot more to come. The 7 song E.P. The alchemist is an E.P. worth buying. It makes you wanting to hear more music from Tom Gourlay.

What were your influences growing up who helped shape your music growing up?

Strangely at a young age I had a rather large addiction to Motley Crüe and Thin Lizzy. I think it was a combination of the long hair and fast paced music. At the age of about 17 I fell in love with Jeff Buckley still to this day I listen to his music on a weekly basis. I found Elbow a year later following Guy Garveys journey through his lyrics is a quality I try to put forward in my song writing. It’s great to be able to write a verse followed by a catchy chorus. But to me the art is to write a story a story of your life in a way that everyone can relate to it. That is the mark of a true story teller.

How did the song down by the river come together?

The song is a story about falling in love with a woman u couldn’t touch or physically bond with, it’s about staying strong and following what you believe even if others don’t understand it. It’s called Down By The River because that’s the place I wrote the song and the place where I go to think.

Is there any pressure about making that 2nd album now that fans have heard your first record?

I don’t think pressure in music or anything you choose to do as an individual exists. I play and write music because that’s what I like to do. Some people play football or collect stamps I play music, to me it’s a pleasure it’s something I do every day and will continue to do. The reason I haven’t got a hundred albums out is because I don’t have the capital to record it, nor the 24 hours a day needed to work on it. This year I plan 3 albums I’ve already written the next one and have a good 8 from previous years. In answer to your question I feel no pressure only a desire in myself to write daily and keep releasing songs

What songs on the record was the most difficult to record?

I’m not sure in what sense you mean but probably Colour Me In as I had a certain vein in mind of how the song should be put across and it took time to find the right ingredients to best represent it.

Any touring plans and are you planning on playing in other countries?

A tour as has not yet been booked though I do get a lot of gig and festival offers at the moment and come the summer I plan to be booking gigs all over the universe. Somewhere warm with good rock climbing would do me nicely.

Is it difficult trying to make it in the industry with record sales being down and so many new artists coming out?

I really live in my own bubble and worry about me. I write what I want to write I don’t sit down to write a hit song I write what is in my life what I know what I love and hate. If other people relate to that it’s a bonus. I think now is a great time to be doing music with so much social media and online support. The key is hard work great songs and a pinch of luck. Without one of those elements you will not succeed.

As a songwriter what is the process for you writing a song?

Very simple. Some people write diaries I write songs. You don’t sit and write a diary wording it as if you’re writing it for someone to read, your write it in your own words how you read it about how you feel at the time. I do the same with my songs I write them for me they are my diary. Obviously if my “diary” was worth something and related to others I can make a living out of it. But to sit and think how can I write a song to make money? That’s when heart felt song writing turns to a suit trying to hit his dead line and that is not what I call music.

It’s done just waiting for my producer to get back from Europe and you shall have it in your hands good sir!

You can buy the E.P. The Alchemist on Itunes at this link: