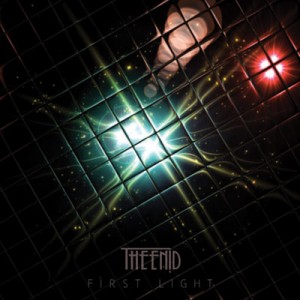 Remarkable disc by ever-loving, everlasting and ever so fantastic classical progressive rock band that has often stunned listeners since the godhead days of 1976 (In the Region of Summer Stars) and 1976 (Aerie Faerie Nonsense). The present line-up of The Enid is Joe Payne (vocals, EWI). Robert John Godfrey – the foundation, rock, and visionary of the band throughout its time (keyboard and orchestration). Max Read (guitar, vocals and choirs, EWI, programming), Jason Ducker (guitar), Dominic Tofield (drums), and Dave Storey (drums on “Mayday Galliard”).

While some have divided feelings about the direction The Enid have ventured over the last few recordings, there is no doubt that the glorious symphonic and epic atmosphere the band has always had a talent for creating, is still larger than life. Perhaps more active in the esoteric pop world at some points (think a lush Godly and Crème/Queen/10cc/ with The Enid’s own stamp). The heavy orchestrations and gorgeous sweeping crescendo perfect pieces still remain in kind. The band also continues to bring in magnificent theatre pieces that both move and put the listener into trance mode for the soothing and heavenly affect they have. It wouldn’t be hard to imagine Freddy Mercury doing this, if he was still alive, and that is a gigantic compliment.

Eight compositions and pure majesty falls upon all those who listen attentively, without distractions, just glued to the music! I was stunned several times throughout “First Light” and cannot give it enough praise. Reinvented The Enid it may be but as a fan since their vinyl debut, I can’t be more enthusiastic or elated about the state of things here. Last cut is live from an earlier show “Mayday Galliard” with drummer Dave Storey which is divine. I would have wished to be so lucky to catch a live show of this release. Recommended!!!