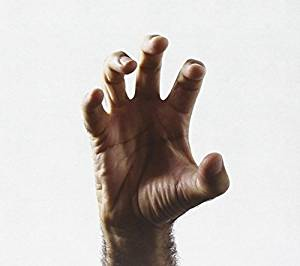 A second utterly monumental release by Oteme (Osservatorio delle Terre Emerse, which translates in English to ‘Observatory of Emerged Land’) which is led and composed by multi instrumentalist, conductor, inventor of instruments, and arranger Stefano Giannotti. While his debut Oteme recording ‘Il Giardino Disincantato’ was excellent, however more sparse, nothing about it could have prepared me for his next stupendous release ‘L’agguato L’abbandono Il Mutamento’ (The Ambush, The Abandonment, The Change).

The music easily rolls from RIO chamber to Robert Wyatt-like compositions, some all instrumental, others with vocals of perfection. This sweet and unique recipe of experimental and Canterbury is somewhere located in the clouds of heaven. There is zero abrasion or noise, just the opposite, with the charisma and shinning brilliance of a calm chemist putting together concoctions with no rules or expectations. However, the outcome is the finest avant pop of the utopian kind, that the lucky explorer can buy.

Pieces were written between 1992 and 2015, and performed by a large ensemble (larger than on Giannotti’s debut) including Valeria Marzocchi – Piccolo, Flute/ Linda Matteucci – Flute/ Nicola Bimbi – Oboe, English Horn/ Giorgio Berrugi – Clarinet/ Lorenzo Del Pecchia – Bass Clarinet/ Marco Donatelli – Bassoon/ Maicol Pucci – Trumpet, Flugelhorn/ Marco Fagioli – Bass Tuba/ Valentina Cinquini – Harp/ Emanuela Lari – Voice, Keyboards/ Pierluigi Papeschi – Electric Guitar/ Milko Ambrogini – Bass Guitar/ Ricardo Ienna – Drums & Percusssion/and the master himself, Stefano Giannotti – Voice, Piano, Classical & Electric Guitars, Banjo, Indian Organ, Jew’s Harp, Percussion. The compositions vary from all instrumental Henry Cow world chamber music, at it’s more pastoral and melodic nature, to very inventive percussion work, underneath and alongside sweet Wyatt-like pop songs and some in-between or outside that. Fantastic is what it all is! Mostly short under four minutes, a few five and six minute pieces, except for one nearly twenty six minute extravaganza titled ‘Tracce nel nulla’ (Traces in Thin Air), which might very well change your life. Beginning with a mellow oddfellow ballad, then building with chamber orchestra, the first slightly gritty space cadet lead guitar (Hillage-like) then halfway through, jumps to a William D. Drake-like (Cardiacs keyboardist) solo world with that partly early music Shulman brothers (Gentle Giant) magic, with otherworldly alien handshakes. Stunning in every direction possible. Understand this is classic and will go down as one of the inventive masterpieces of 2015. As the godhead excursion passes, Stephano jumps the wall again and juxtaposes a complex percussion pattern with his pop world, to continue the wide eyes, goofy grin, and spellbound moments the listener has succumbed to. How can this be so grand?

To end this extraordinary album, we have a somewhat hyper bubbly avant chamber piece under two minutes. And with this, you pick up your lower lip, try to recoup, and assimilate what you have just heard. Then you cannot wait to go brag about and praise the merits of Oteme ‘ L’agguato L’abbandono Il Mutamento’. INSANELY RECOMMENDED.