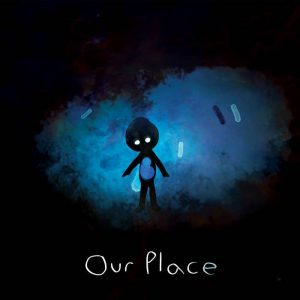 Herculean composer, guitarist, poet, vocalist, inventor, and great thinker, Ben Levin has a new release called ‘Our Place’ (2018). Trying to describe him as a musician is tough due to his prolific output and ability to join together such a variety of styles (to the range of bands like Motorpsycho) like progressive rock, metal, avant rock, art pop and much more. Perhaps a hybrid of Frank Zappa, Steven Wilson, super hero, Houdini, and M. C. Escher would be a possible beginning. While all the striking compositional skills are present on ‘Our Place’, it might be considered partly more gentle than his other works, as the lyrics and vocals by Ben are at their most intimate, gentle, and often sorrowful. This is a very reflective recording with the subject matter being deep and where humans, especially Ben’s peer group, become aware of certain things in their life (if they care).

Ben Levin is well known as a member of Bent Knee, but don’t expect this music to be exactly like that or even much like his previous output under Ben Levin Group. But do expect the unexpected mind frame of a musical creator with an overflowing amount of imagination and kindness for the human condition. Stunning and nearly peerless American musician who is a man about rare skill and productivity, with important things to say. He is capable of concocting revolutionary concepts far beyond the planets. ‘Our Place’ effortlessly wills adventurous orchestra and petite choir to make love with poetic gestation, celestial sway, sinfully smart composition, and sentimental astuteness. He also gives allegiance to the decomposers of this short life on earth. At the same mirror-like time zone, he is a decomposer himself, in such a beautiful way.

While it is impossible to tell what all occurs on this rare breed offering, just allow yourself to partake, and touch base with one of the most unforgettable, impossibly great releases of music this year. The musicians on the album are Ben Levin – vocals, guitar, and production (also did the album art), Kyle Harris – drums, Chris Baum – violin, Josh Friedman – piano, Jessica Kion – vocals and choir vocals Emmanuel Lee – choir vocals, Tim Doherty – choir vocals, Bradley Goff – choir vocals, Abigale Reisman – violin, Ben Swartz – cello, Sam Morrison – bari sax, Storm D’angelo – tenor sax, and Bryan Murphy – trumpet. The one adjective to highlight is the word huge. All Ben Levin Group releases are big, complex, unpredictable, sometimes cryptic, and multi directional, and this disc is all that with a remarkable atonement of perspective, choral dreamscape, orchestral absolution, bursting at the seams addressing, and a new plateau of maturity.

Ben Levin is not only one of the nicest people I have ever met but also what the world needs more of. This mixture of melodic alternately sweeping arrangements and solemn vocals is a meaningful visualization and premium inventive musical experience. The physical CD comes with a nice thin digipak, with contemplative artwork, fold open with artist statements and more art on 4 panels, plus information. ‘Our Place’ is ABSOLUTELY and UNCONDITIONALLY RECOMMENDED!!!!