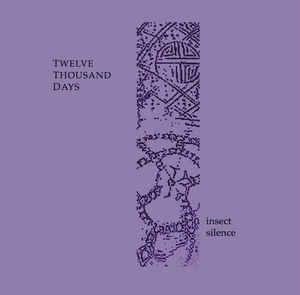 A long awaited and surprise fourth release by classic experimental ambient folk duo Martyn Bates (Eyeless In Gaza, solo and various collaborations) and Alan Trench (Nurse With Wound, Orchis, Howling Larsons, Temple Music among a host of others, and co founder of World Serpent Distribution). An arresting thirteen compositions are presented with three featuring words by W. B. Yeats, this best yet recording is produced by Trench, composed by both artists, and is lovingly created with keyboards, guitars, dulcimers, percussion, bass, whistles (that range from blends of recorders, fife, wooden flutes, penny whistles, and synthetic winds), strings, various field recordings, background noises, and of course the one of a kind, and enticing as always, vocals of Martyn Bates. Alan is a master of musical atmosphere and framing a song with intrigue so one can always expect this well weathered duo to make magic.

Eyeless In Gaza fans will latch on to the first track ‘Death Went Fishing’ as it dances in their sound, giving a generous 60s flavor and jangle for a more sunny feel than much of the remaining tunes. The whistles lift the charm even higher. The next cut ‘Mad As The Mist’ , (one of the songs featuring words by Yeats) captures the beautiful melancholy that Bates is famous for on his solo works as well as the more pastoral EIG. The compositions are not very long, and can throw the listener with odd effects such as track 3, ‘Night Harmonium’, where you are certain there is a defect in the disc, as it is a skip in the vinyl record effect throughout the song, and actually distracting until you accept it was intentional. Perhaps it is good  that they kept this creation short for all intent and purpose. Then quite a long pause inbetween songs 3 and 4. Another sneaky touch? The glory of nothing being typical is a trademark for ‘Insect Silence’, which is all the better.

The project has a skillful balance of medium fast to slow pieces that develop either in a haunting or trippy fashion, but always mysterious and timeless. Those qualities stay in line with this theme of journeys. ‘Pathless’ (track 7) which is divided into Part I and II, features Lisa (no last name given) on spoken word.   ‘She Raises Her Eyes’ (track 8) is a gem of a neo folk tune, which is unforgettable. STERLING! ‘Fieldwork’ (track 11) is joyous with more of those jubilant whistles. With nothing going on too long, plenty of inventive pieces and parts to the music, changes of mood, and exquisite arrangements, all is well on ‘Insect Silence’. The last cut ‘Red And Golden Fire’ will bring tears with the aching beauty, which is haunting and filled with mystery. What a great set of compositions. They even cover early music with a biblical tone. The affair shows a reflective theme, to where your next path may lead. The question fans will ask is, where will the next path of Twelve Thousand Days go? It is a happy fact that this release will give plenty of people absolute gratification.