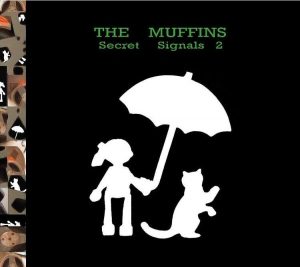 As for the listening experience, this 2nd release has plenty of their improvised pieces, which are rich with inventive, highly creative, often intricate, and always interesting interplay. There are a range of live performances as well as varied stylings, that can roll from Soft Machine to Bartok. That has always been the thrill of this academic outfit, in whatever formation they have arrived in. So we get ten more goodies transferred to CD which will please any fan of The Muffins. They are an important band in the American progressive scene and among a precious few that existed in the country in the early 1970s (at least the ones we were fortunate to know about and hear).

From the start, you can hear the natural space around the band as they jam and create these well organized (with the improvisation it is of course in the moment) works. Never too chaotic in any unlistenable sense, the musical education and skill of each musician clearly shows in the ten compositions. The same inventive mixture of Canterbury, Zappa, free jazz, and approximate avant-garde, is present on ‘Secret Signals 2’ as was on ‘1’. Spiced with more of that roaming British free jazz scene style, the adventurous aspect of The Muffins shines especially bright here. ‘How’s The Weather?’ (track 3) is probably as out there as they get. ‘Bartok Stockpot’ is amazing with an intro of medieval genre bending jazz, like a melding of Gryphon and Univers Zero, then a haunting dirge-like procession. Written by Mike Bass (drums, percussion) and Bartok, this is a standout and way different from their other music.

It is easy to think this was a polished and planned official studio release, and funny enough, it has eventually become just that. With some magic of Joe Paradiso taking the original tapes to digital and cleaning them up a bit, we have two treasures (soon to be three, and I cannot wait to get my hands on ‘Secret Signals 3’) from yesteryear from this American group for progressive ears. The Muffins were great at mixing the tongue in cheek satire of Frank Zappa, the quizzical rhythmic adventures of Egg/Gilgamesh/Henry Cow, the various paths of Soft Machine/Sun Ra, and plenty other unconventional musical thought. It is a pleasure to have these early recordings to document their youthful days. It is also a welcome surprise to see Dave Newhouse getting behind the release of new versions of The Muffins, in a fresh line up of members, and with additional ideas to present to the fans of this highly respected band. More great things are to come, you can bank on that.