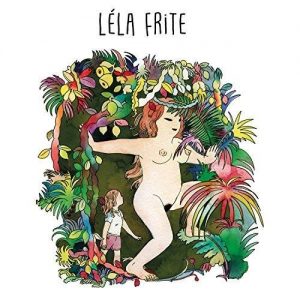 The music is an alluring cross of haunting folk, ethnic, and dream like ritualistic world music. The first song ‘Goddess Awake’ is not far from the ultra-original music of Ingrid Karklins. Some compositions add a very celestial quality with spectral synthesizer. Melanie’s voice is smooth, transcendental, sometimes delicate and other times ghostly. Imagine a less aggressive Bjork with touches of Anja Garbarek and Meredith Monk, plus a nod to Lisa Gerrard.  Track 3 (‘Plastic Bag’) uses excellent multi voices (with help of Sophie Jabot) and on the following piece (‘Offering’) she adds a wider octave range which is absolutely entrancing. This is where you know the woman is genuinely talented with a superlative voice that can go from young lullaby to deep Lisa Gerrard style otherworldly places.

‘Megalotrip’ (track 5) is a 7 1/2 minute journey that will astound. As heavenly as most of the music is, there is a cool semi distorted guitar solo intro on ‘Velvet’ (track 8) giving way to pseudo harpsichord, reed organ, and more multi octave vocals, on par with some of the best ethereal goth ( VAS, Dead Can Dance, Soul Swirling Somewhere). Some vocals are in English, some in French. Enchanting, exploring, and inventive are all words that come to mind while listening to this somewhat mysterious recording. Melanie has an abundance of influences which make Lela Frite radiant as a whole and unforgettable. Not to be missed, HIGHLY RECOMMENDED.