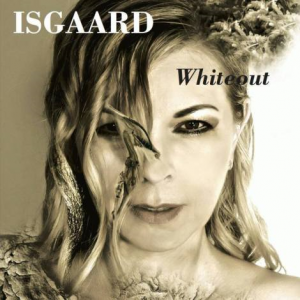 A very ethereal, rich, powerful and moving release with just the perfect amount of melancholy, by this talented German female vocalist. While some of her early work had a style of Euro tech and dance, on this 2016 recording she sounds like a more gentle Kate Bush or Annie Haslam. The territory the music stands in could be described as the progressive folk rock of bands like Clannad, Capercailie, and Iona, in their more lush ballad and aires. Music to lose yourself in, and lyrics to be intrigued by.

With a fantastic backing band which includes her life partner, multi instrumentalist/composer/producer, Jens Luek, (The band consists of: Isgaard on lead and backing vocals, Jens Lueck on drums,  keyboards, percussion, backing vocals,  Ingo Salzmann on electric guitars, Katja Flintsch on violin and viola, Annika Stolze on violin and cello, Dieter Koch on acoustic guitars, Volker Kuinke on recorders, and Joachim Schlüter on slide guitar), the music is magical with visions galore. The theme of ‘Whiteout’ is about a girl who reads a book in which the stories turn into reality and an actual part of the girl’s life. The songs tell various tales of courage, peace, balance, and personal growth.

The sound is dramatic, especially cinematic, and supremely performed. It is indeed that wonderful. ‘Whiteout’ is Isgaard’s most sweeping and atmospheric album yet. You’ll want to listen to this many times.  HIGHLY RECOMMENDED.