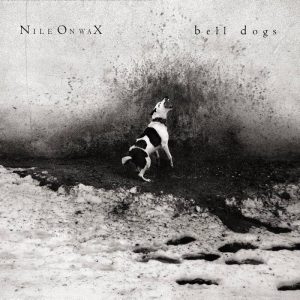 Nile On Wax is a smart Belgian trio who play a adventurous, atmospheric instrumental music in a somewhat dark, brooding, reflective progressive hybrid of celestial chamber rock and world music. Not far from the more eastern flavored sounds of Dead Can Dance (without the vocals) and a more spacious and esoteric Roleki (without the keyboards). Not fusion in the traditional sense, but a grand mix of space, post rock, cold wave, jazz, ethnic, and exotic touches to make for their own sound. The band consists of Catherine Graindorge (Violin & Viola), David Christophe (Bass) and Elie Rabinovitch (Drums).  Recorded by Joel Grignard and mixed by the brilliant Pierre Vervloesem (X-Legged Sally/solo/FES), six compositions display the group’s ability to create pieces that go from dirge to divine. Led by Catherine’s exploring and sometimes chilling violin work, the compositions display a surprising variety of ethereal music that even gets frisky a few times. All tracks are composed by the three members.

Formerly known as NOX, the group extended the name after two releases (Nox – self titles – 2009, and ‘Freaks’ – 2011). On this, their third, ‘Bell Dogs’ keeps a similar sound but more elements of post rock, melodic world music, and cold wave are used, as if on a journey each moment of the performance. Plenty of beautifully added effects give the arrangements both exotic and haunting flavors. ‘Rhapsody’ (trk 1) contains all of this. ‘Liqiud Birds’ (trk 2) continues the mystery with music that exudes bold and unbelievable imagery. ‘Nightride’ (trk 3) takes the listener to outer space, with sultry eastern modes, then finds a happiness which floats on a magic carpet. ‘L’ Oeil Silencieux’ (trk 4) uses Catherine’s viola with glorious trappings to develop another enigmatical trip. With the last piece, the title track, ‘Bell Dogs’, you get the full appreciation of what David Christophe’s bass skills do for the band. His techniques make considerable substitues for both keyboard and guitar, as well as an anchor to the dynamics that consistently occur throughout this recording. Elie’s drum work is with perfection, never getting too strong or overbearing. A broad knowledge of percussion aids in the exact touches and unique feel the band has. And Catherine is amazing with her inventive and often unreal use of violin and viola, transferring stretches of the imagination and sky high skills, in her execution of each note.

This music swims in dark mountains, outer regions, undiscovered jungles, and other places not yet seen. It is a generous gift that Nile On Wax present to the listener. The first and second releases by the band (NOX) are also mixed by Pierre Vervloesem and are equally as great. ‘Freaks’ adds Michael Grebil on guitar just for one song, otherwise you get the very established trio with the finely honed chemistry on all three releases. Also of note, is the beautiful solo by Catherine Graindorge called ‘The Secret of Us All’ (also on dEPOT 214 Records). I cannot wait for another release.