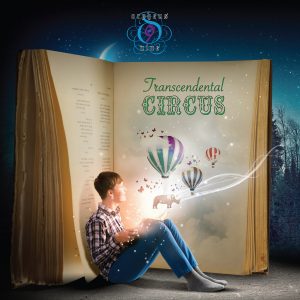 ATTENTION SAGA FANS! Progressive rock band from New Jersey release very strong debut with no wrinkles, no dull moments, and no filler. The intro is a truly beautiful piano piece, then the excitement begins. The musicianship is excellent and everything from artwork (a superb way above average multi foldout digipak with booklet) to the compositions are professional. Produced and arranged by Jason Kresge (keyboards, lead vocals) with bandmates Matt Ullestad (guitars), Tony Renda (bass, backing vocals), and Mark Gregory (drums, percussion, backing vocals), ‘Transcendental Circus’ has perfection written all over it. The musicians understand the importance of dynamics, textures, and control. The songs are all solid and easy to listen to, rich in production, and very well put together. Some are fantastic.

This would not be out of place in the same catalog as Saga, and there is no ignoring how similar Jason Kresge’s voice is to Michael Sadler, which is to say smooth as silk, with perfect pitch, and extremely appealing. Track 3 (‘Fetish’ – 8 1/2 minute masterpiece) really showcases the band’s talent with an extra-large dose of creative ideas, playfulness, and then head first power. A big money song for sure. Track 4 (‘Hand of Make Believe’) displays how well the group harmonize their vocals and stays strong as one of the best tunes on the disc. It is here that the listener will accept how good Orpheus Nine are at what they do. I cannot imagine any Saga/Styx fan not loving this release. The keyboards are rich and very well played. If you listen to the entire disc, you will also see that the other musicians can kick into high gear as well. One of the things that stands out about the band is the maturity of knowing when to razzle dazzle and when to keep it cool. Tracks 7 – 12 are all under the epic title cut (‘Transcendental Circus’) which is an outright burning man affair. It contains everything in and around the kitchen sink. Worth the money alone. It includes glockenspiel, plenty of changes, special touches galore, and parts that just make you reflect, grin, and gain a rapid heartbeat. It is the 2nd masterpiece on the release.

Along with the extended pieces, one can enjoy a mellow ballad (Track 14 – ‘Sand Castles’), which is placed nicely right before the final cut (‘The Fall of the House of Keys’). This clocks in at 10:44 and worth double the price of the CD alone. This sounds like a Rick Wakeman magnum opus. A 3rd masterpiece. WOW! I suspect Jason Kresge is classically trained on keyboards, because his writing and arranging skills are huge. The keyboard orchestrations in that last composition are incredible. The recording stands up to repeated listens but just one spin will strike Saga fans dead. Other influences will be picked up by attentive listeners. This is one impressive debut.