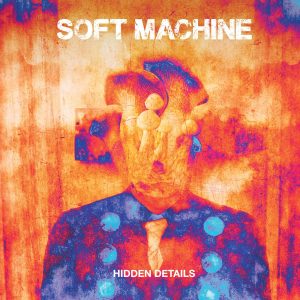 Containing members Daevid Allen, Robert Wyatt, Kevin Ayers, and Mike Ratledge, it was filled with psychedelic, experimental jazz, rock and pop elements, more prone to turn heads back in 1968, and had a unforgettable tune called ‘We Did It Again’, which repeated itself over and over. I bought that as a kid and loved every song. It appealed to both my senses of adventurous and whimsical music. Oddly, my next purchase was ‘Thirds’ (1970), a double delight that made me think totally different about jazz, as I was still very young. A big change in lineup came with ‘Thirds’. Gone were Allen and Ayers, but Wyatt and Ratledge stayed on, with additions Elton Dean (sax), Hugh Hopper (bass), Jimmy Hastings (flute, bass clarinet), and guest Lyn Dobson (flute, soprano sax), and on trombone – Nick Evans. The bulk of the music was written by Hopper and Ratledge, with Wyatt writing only ‘The Moon in June’ (re: MoonJune Records namesake). The entire first side of the double album was one extended composition called ‘Facelift’. Side B had 3 parts of a suite, then side C was one song, as well as side D with a tune called ‘Out-Bloody-Rageous’. If you stayed with Soft Machine over all these years, you already know all the personnel changes and jagged, often puzzling breakups, ends and regroupings of this extremely vital band (especially the early rogues).

The brand new 2018 ‘Hidden Details’ release includes a unique ‘Out Bloody Intro’ and then a shortened version of ‘Out-Bloody-Rageous, Part 1’ and what you might consider an alteration of ‘Facelift’ (all from ‘Thirds’) called ‘Ground Lift’, however it is credited to Travis and Babbington, and only lasts 5:21. Only one other cover from previous releases is performed, ‘The Man Who Waved At Trains’ (from ‘Bundles’, 1975). Special note is Jon Hiseman (great UK drummer, musician, who sadly passed away after he recorded this for Soft Machine, in Temple Studios UK). There is a well planned balance of material between fourteen tracks, with present members John Etheridge (electric and acoustic guitars); Theo Travis (tenor and soprano saxophones, flutes, Fender Rhodes piano); Roy Babbington (bass guitar); John Marshall (drums, percussion); and quest Nick Utteridge (wind chimes track 13). Three of these bandmates are from the ‘Softs'(1976) era, which has been a repeat player of mine, ever since my love for the ECM label became deep-seated.

It could be easily be seen as a continuation of ‘Softs’ with all the spread of classical jazz, avant excursions, and carefully placed emotionally packaged compositions. But that would be short sighted. It does have the same gusto, flight, and well crafted ballad styled Rypdal soaked meditations, and also pleasant revisits to earlier period brilliance, however as a whole, when you take the retrospection out of the picture, the playing is fantastic, filled with energy, finesse, and wisdom of father time. Experience is the pulpit of greatness and these master musicians are proof. The writing is divided between them all, and the performance is remarkable at the stage in life most of the members have arrived at. And with ‘Hidden Details’, the band has certainly thrived and given the world another esteemed gift. MOST RECOMMENDED.