Let Furyon penetrate These Four Walls of your soul! 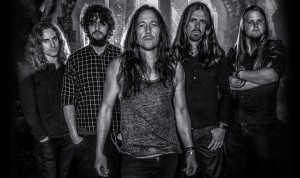 Oh I do respect the rebel sounds of Furyon and I have tears in my eyes to see true hard rock is still alive. Just listening to their single “These Four Walls”, I let their exquisite and undeniably powerful riffs penetrate my soul and unleash their fury on me! Watch for yourself in the video clip below. This single will be included in their “Lost Salvation” album releasing Jan 26th, 2015. Read our talk with Furyon guys and be sure to tune in to their news at furyon.net

You have a bunch of albums behind in your music career. Could you explain about the road you have tread since “32 Hours” album (2006) till now?
Well we recorded and released our first album ‘Gravitas’ in 2010 which came out in 3 versions. Metal Hammer edition, Collectors Edition and Frontiers records released a version with acoustic bonus tracks in 2012.
We released a single from our first album which was ‘Don’t Follow’. Monster Energy really pushed that single for for us. Also ‘Disappear Again’ found it’s way onto the popular racing game ‘ Dirt 3’.
After this time Furyon fell in to some trouble when over a period of 18 months or so we lost 2 guitarists.
New players came into the mix but was difficult to maintain a full time position.
Now with new line up and new album ‘Lost Salvation’ on the way we are firing on all cylinders. 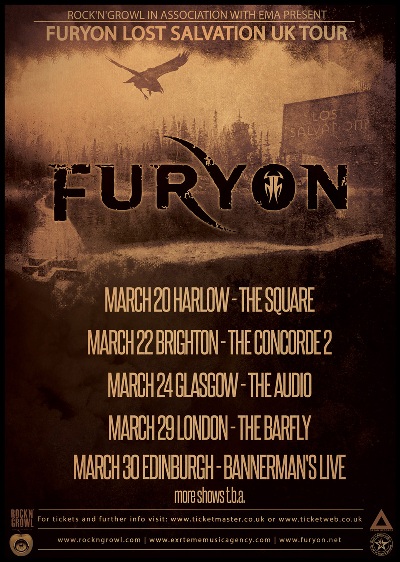 Could you reveal to our reader about the concept behind upcoming Lost Salvation album?
The album represents change. That is what it’s main atmosphere is all about.

All we know now from Lost Salvation album is the dynamic and energetic atmosphere we see in “These Four Walls” video clip. Seemingly this clip is recording in the studio. How you maintained such dynamism without the presence of audience?
The video is actually shot at the very top of an old mill. We wanted to have that confined space to represent the song. ‘Dynamism!’ Good word.

How and where you have recorded Lost Salvation? I bet it feels as lively as These Four Walls single. Doesn’t it?!
It was recorded in US and UK. Mixed and mastered in US at Black Dog Studios, Atlanta by Rick Beato.

What do you see as your band’s social role in the society you live in?
Well, not just this band but maybe every band has a role of simply connecting with their audience somehow. That could be simply just through a song reaching the listener.
How many times have you listened to a song you love and it’s connected you to a certain feeling. It can truly make someone’s day. It can give people hope when they might not have much. Or just a great feeling to rock out. I still drive down the road with my music on loud. I feel the connection.

What are your thoughts on music piracy and how it may have affected your career?
What can I say. Some people, well a lot of people Infact don’t give a shot about it. Society is also now used to getting music for free now. So … Yeah it sucks for is who write and put out music really. Ain’t gonna change though. Not for a while anyhow.

I am sure your fans are eager like me to see your live energy on stage. Where they will be able so?
We are planning to tour UK/Europe mid early to mid year.

I see you have mostly toured Europe. Do you have any plan for other continents?
Yes, USA hopefully.

Thanks for your time! Please feel free to share anything more to our readers.
Thanks. Hope you all like the new album.