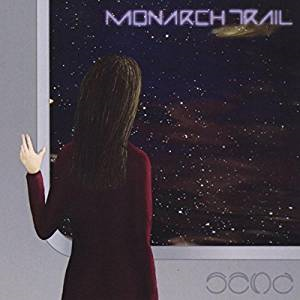 Following nicely after the debut ‘Skye’ (2014) this is Monarch Trail’s second release. Being Ken Baird’s project, he does all the words and music. Throughout, the use of lush and nimble keys, some nice acoustic and lead guitar, tight drums, and exceptional vocals, make this a huge recommendation for Camel and other similar music fans. Although Ken performs on keyboards, vocals, and guitar (track 5), he has three guests on guitar (John Mamone, Kelly Kereliuk, and Steve Cochrane) plus his bandmates Dino Verginella on bass and Chris Lamont on drums.

On ‘Sand’ the listener is presented with seven compositions that are perfectly put together with sweet melodies and delicious arrangements. Some of the later tunes reminded me of Rick van der Linden and his band Trace (a Dutch classical rock band of the mid 70’s).All of the music flows like silk and Ken certainly has a strong inclination for writing highly listenable songs. There is one complaint however. The entire recording has a very noticeable lack of bottom end. I noticed right away that the bass was mixed thin and almost with no impact. The drums are also lacking in balance and the result makes the overall production sound thin. Now the rest of the instruments are excellent with the music being very strong. The vocals are superb, and the keyboards are high quality. I’d vote for a remix and bring things more upfront with a serious boost to the bass and drums. That is the only negative. ‘Sand’ is a grand slam for progressive rock fans.