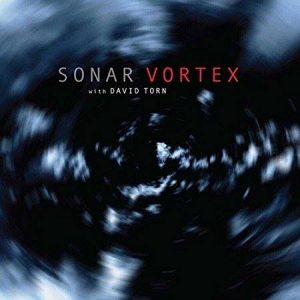 The fourth release by inventive Swiss instrumental outfit sees a great addition with producer, composer and guitarist extraordinaire David Torn. For those who do not know, the band’s name stands for SONic ARchitecture. There are a small number of bands/artists using tritones as a base for their compositions and all of them sound very different from each other. Sonar master Stephan Thelen (guitar) made the decision to use tritones from his previous experience which allowed him to play otherwise impossible parts. Originally the band also made the decision to put away all electronic effects and focus on clean guitar. With this new album however, maestro atmospheric effects guitar artist and producer David Torn came to play with the band with unanimous victory. With this formation bandmates Bernhard Wagner (guitar), Christian Kuntner (electric bass) and Manuel Pasquinelli (drums) all proceed to take their progressive intricate rhythmic, part minimalist, slightly ambient, all out mathematical inventions, to a whole new level of greatness.

For many, what will first dawn on you is the similar stylings of Robert Fripp’s distinct interlocking guitar picking patterns introduced back on the King Crimson ‘Discipline’ album, which made waves in the progressive rock world without question. This was further expounded with Fripp’s The League of Crafty Guitarists, who brought the school of this technique to a large ensemble of polyrhythm heaven. With Sonar’s vision and David Torn’s additions (electric guitar, live-looping & manipulation), you can imagine the power and the glory that incurs. The lineup gives the appreciative fan a glee in the heart. For newcomers, start here and then go backwards. ‘Vortex’ is ripe with polished dynamic and harmonic rhythms seldom heard. ‘Part 44’ ( track 1 – 9:56 minutes) starts off with a definitive nod to King Crimson with it’s luminous web of arpeggios from the guitarists. ‘Red Shift’ (track 2 – 10:31 minutes) continues a Mr. Fripp influenced guitar showcase with the unmistakable brilliance of Torn adding atmospheric godhead.

A frontline of three distinguished axemen, a superb bass and drum section, how can they go wrong? And nothing goes wrong. Each composition is perfection to an end. The listener is presented with six extended pieces that have both a floating but yet gently driving floor. The mix is such that the lucky person receiving, can relax, easily hear each note and all the precise structures occurring in each work. No filler, no fluff, just masterful execution of each instrumental part. Fans of previous Sonar recordings will be extremely pleased, and Torn lovers will be reminded of his ‘Cloud About Mercury’ days. The title track ‘Vortex’ (track 5 – 9:37 minutes)  edges out and retains a slightly dangerous rhythmic interplay, bringing the boldest display out on the platter. A somewhat heavier bass and a forceful performance is worth the money alone. I am happy to report that you will not find any fault with this release. The entire offering is sublime instrumental achievement that ranks as one of the finest outputs of 2018. HIGHLY RECOMMENDED.