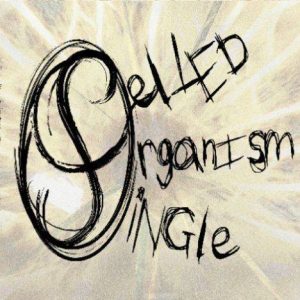 ‘Splinter In The Eye’ is a well written story based concept album, that I highly suggest the listener read about in the blog section of the link posted above this review. It’s a beautifully put together work based on a modern apocalyptic fantasy. This is movie quality stuff. A bonus is the CD digi pack is gatefold with lyric and art booklet. As for the music, the beginning strikes you as a very Pink Floyd inspired tune, but as the song moves along, there is much more of a combination of classic and neo progressive rock. Throughout the recording you notice how immaculate every part is. The vocals are mellow and pleasing. Equal parts gentle and cinematic, the arrangements are magnetic and first rate. Jens has an over abundance of skill and has masterful knowledge at every facet of the recording. I am positive he can write and perform any type of music he desires. I could see this talent with his previous collaboration with Volker Kuinke and Isgaard (with other fine guests), called Syrinx Call (title is ‘Wind In The Woods’) which made my top 2015 list. Jens has been making great recordings for many years. His output of soundtracks (several with Isgaard) is outstanding and his involvement in various musical projects continues to expand. He has also written exhaustive amounts of music for a catalog of Isgaard’s solo albums. ‘Splinter In The Eye’ has all the musicians who worked on Syrinx Call as a note of interest.

Some of Jens vocals remind me much of Steve Hogarth although less treble and a bit smoother, and often more gentle. You may also find some of the music has a similar sound to early Genesis, late Marillion, mid period Pink Floyd, Kate Bush (thanks to the vocals of Isgaard on trk 5 ‘New Horizons’), Steve Hackett, and Porcupine Tree (trk 9 ‘The Virus’). All of this makes sense when I spoke to Jens and he told me this recording was a throwback to his roots in progressive rock, which was inspired by his daughter.

My first spin of the CD was clearly a double take. I was ready to rule immediately that this was a winner in every way. With two more listens through the week (which I looked forward to), I felt exactly the same way. I ask what can Jens Lueck not do, with a hand full of guests and his sterling vocalist Isgaard? Let’s wait and see the magic of what is next. VERY HIGHLY RECOMMENDED.